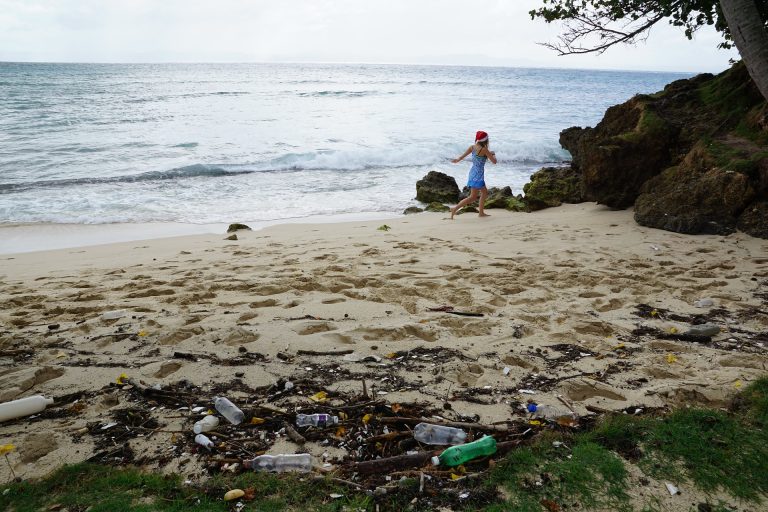 What happens to plastic in the ocean?

About 15% of the plastic rubbish stays visible on the sea surface, another 15% gets washed up ashore; most of it sinks to the sea bed. Shredded by ultraviolet light and wave motion, the material is being reduced in size. Particles smaller than 5mm are called microplastic. After investigating the oceans Spanish scientists working for the national research council (CSIC) concluded that about 88% of the sea surface is polluted by microplastic.

Microplastic represents a danger not only to animals but also to humans. Already small organisms like plankton absorb it. By following the food chain, microplastic ends up on our dining table.

Where does the plastic come from?

Most of the plastic rubbish ends up in the ocean via China, India and Africa, transported mostly by the big rivers of the countries and continents. Often the beach is used as a waste dump. It offers the opportunity of direct access to the ocean.

Additionally, domestic wastewater can pollute our environment. Fleece jumpers, for example, loose small plastic particles throughout a washing process. Furthermore, cosmetic products can contain plastic in form of peeling (small balls made of plastic), which also ends up in the wastewater.

By consuming such products daily, each and every one of us is responsible for keeping our oceans clean.

Citarum – The World´s Most Polluted River… Is Being Cleaned