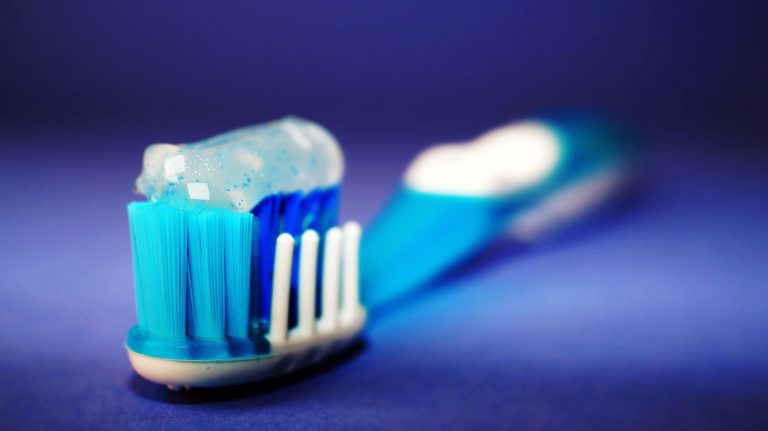 Who doesn´t know the pictures?  Turtles strangulated by fishing nets, stomachs of sea birds full of plastic parts, massive plastic swirls in the oceans. But all of this seems far away. However it is much less known that plastic waste already found a way into our bodies, however in the form of micro plastic.

Recent studies highlight the increasing significance and scope of plastic pollution. Studies were able to prove the existence of micro plastic in nearly all lakes, rivers and seas in Europe, in our drinking water and even in 24 German beers. Researchers also found micro plastic in Honey and Sugar. Even more surprisingly, micro plastic was even detected in indoor and outdoor air. It is estimated that 3-10 tons of micro plastic showers onto Paris every year.

What is micro plastic and where does it come from?

Every morning billions of people brush their teeth, wash their hair and maybe even use a face peeling. After that their newest synthetic pullover is washed. What does all of this have to do with plastic? With each of those actions we wash massive numbers of micro plastic particles into the canalization. Those plastic particles are only 5 millimeters to a few nanometers big.

Research of the consumer platform “Codecheck” revealed that of 130.000 care products, one in three face peelings and one in four shower gels contained Polyethylene. These products use tiny plastic particles for a peeling, polishing or cleaning effect. In Germany alone, cosmetic products account for 500 tons of micro plastic each year. To limit the entry of micro plastic into our ecosystems, the USA, Canada, New Zealand and Great Britain already abolished the use of micro plastic in toothpaste and shower gels. Sweden will follow in 2018. The BUND provides a PDF about micro plastic in cosmetic products (in German). Even though micro plastic in cosmetics is a major problem, clothes and tire abrasion present the biggest threat. Micro plastic from these sources account for more than 60% of the micro plastic found in the oceans. In each washing cycle, synthetic fibers dissolve from our clothes and start their journey into the oceans and our drinking water. Sewage plants are mostly not able to filter out those tiny particles. The release of synthetic fibers like Acryl, Polyamide, Elastane, Polyester etc. are proven to be a major source of micro plastic. Its share in the total micro plastic entry into our oceans is calculated to be approximately 35%. With each washing cycle ca. 3000 fibers are realeased. The BUND also provides a PDF about this topic (in German).

Micro plastic from the dissolution of larger plastic pieces

Another source of micro plastic is the dissolution of larger pieces of plastic through weathering, solar radiation or wave movement. Even if plastic is dumped far away from any ocean, it is highly likely that it will reach the ocean at some point in time through wind and rivers. Exposed to the sun and waves, the plastic pieces begin to fall apart and produce a massive number of micro plastic particles. Even if a plastic bag seems to be fully decomposed – since its not visible anymore – it simply fell apart into tiny micro plastic particles. Those particles continue to swim in the ocean and will likely be absorbed by marine animals.

Micro plastic not only is a problem in oceans, lakes and rivers. US-Scientists, as well as German scientists found significant numbers of micro plastic particles in water bottles. The German study detected micro plastic in each of the 38 analyzed water bottles. 22 waters from reusable and non-reusable PET bottles were analyzed, as well as three from drinking cartons and 9 from glass bottles. Most particles were found in waters from PET reusable bottles – on average 120 particles per liter. The highest detected concentration was over 200 particles per liter. Due to the nature of the detected plastic – mostly polyethylene terephthalate (PET) and polypropylene (PP) – the researchers believe that it mostly comes from the bottle case, as well as the bottle cap. However they don´t believe that the water contained large amounts of micro plastic before being filled into the bottles. PET reusable bottles are reused up to 50 times. During this time, the inner surface of the bottle is worn out and micro plastic is released into the water. Considering these findings, the researchers were surprised to also find micro plastic in waters from glass bottles.

So small but such a big problem?

As tiny as micro plastic is, it spreads throughout all rivers, lakes and oceans and can be found from the highest to the lowest layers of water. Here it is mistaken for food and taken in by animals – until we potentially eat those animals at our next dinner. For instance one meal of shellfish contains around 90 particles of micro plastic.

Little is known about the impact of micro plastic on our health. However studies on lugworms and shellfish found evidence for tissue changes and inflammatory responses. The body of animals treats micro plastic as a foreign object, which triggers heavy inflammatory responses. Long-term studies on the impact on humans do not exist at the moment. However the Leibniz Institute for aquatic ecology and inland fisheries estimates that plastic particles obtain new physical and chemical characteristics as they fall apart. As those changes occur, it becomes more likely to have toxic impacts on organisms. As plastic falls apart, substances like phthalates and bisphenol A are released. Those substances are known to have hormonal effect and can cause hormone system disorders in vertebrate and some non-vertebrate animals. Moreover pieces that are only a few nanometers big can cause inflammations, overcome and change cell-barriers and even overcome the brain-blood barrier. Within a cell they can change the gene expression and trigger biochemical reactions. However the long-term effects of this are not yet studied. At least in the case of fishes it was found that nano plastic (plastic pieces between 1-100 nm) changes their behavior after passing the brain-blood barrier.

What can we do?

To tackle our global plastic problem, the major goal obviously should be to prevent plastic in all forms and to thoroughly work on new alternatives. The use of micro plastic in cosmetics isn´t without alternative: producers of natural cosmetics used sugar tensides, silicic acid and healing earth fro many years. Also the Fraunhofer-Institute for environmental-, safety-, and energy technology proposed the use of wax as an alternative for the hazardous plastic particles. The BUND provides a shopping guidebook as a PDF, listing numerous products that contain micro plastic.

Also the packaging industry provides several alternatives to plastic. Boxes out of mil-protein or plant waste, biologically degradable bottles out of sugar cane or plastic-like materials out of wood could increasingly substitute the use of plastic. We provide a short guide about how you can decrease the use of plastic in all parts of your life.

Furthermore we should remove small and large plastic pieces from our ecosystem. For this reason we regularly organize beach clean-ups. We are happy about each dedicated volunteer, who wants to help us clean our beaches from plastic. Here you can subscribe to our newsletter in which we inform you about our upcoming initiatives. Would you like to organize your own beach clean-up? We are happy to help you with the planning and implementation of your initiative. Simply contact us here.